The San Antonio
movers of choice
to build your move,
your way... 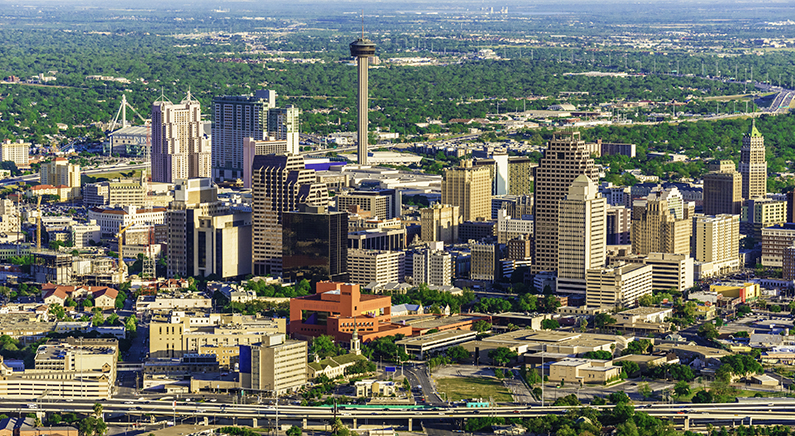 If you’ve been contemplating a move to San Antonio, naturally you want to know all you can about it. This seventh most populous city in the United States is the state’s oldest municipality, giving it a rich depth of history built on its foundation as a Spanish mission. Anchoring the southwestern corridor of the urban mega-region known as the Texas Triangle, San Antonio is home to nearly 2.5 million in the greater metro area.

There are many reasons why people choose to move and live here. San Antonio is famous for:

San Antonio’s rich history provides many famous landmarks in Texas. One of those is the Alamo, the most historical and significant landmark in Texas located just blocks from the famed River Walk. Take a free walking tour of the beautiful grounds and shaded foliage at this 18th-century Franciscan mission. This was the site of a historic resistance effort led by a group of determined fighters for Texan independence from Mexico in 1836. This pivotal event in the Texas Revolution is still remembered today, bringing in thousands of tourists a year.

The centerpiece to the city, River Walk brings together quaint stone walkways and restaurants all along the San Antonio River as it flows through the city center. It’s set below street level, featuring serene waters, bridges, birds, and plenty of shade from large leafy trees on the banks. Stroll along the river, get a bite to eat, or take a barge on a guided tour or dinner cruise.

The Pearl, a trendy historic district of San Antonio, features beautifully restored buildings, unique shops, and excellent cuisine within hip restaurants. On weekends, you’ll find a lively farmer’s market here with vendors from a 150-mile radius of the city selling fresh produce, sauces, baked goods, and other specialties along this pedestrian-only street. The Pearl District is known for its fine dining, plus it’s home to a Culinary Institute of America campus, one of only three in the country.

Sitting adjacent to the River Walk, the San Antonio Museum of Art showcases vast collections of Greek and Roman antiquities, as well as Asian, European, American, and Latin American art. Highlights include Egyptian, Greek, and Roman art, Chinese ceramics, and the largest collection of Asian art in the southern United States.

Got kids? They’ll love the many zoos and amusement parks San Antonio has to offer. One of the most popular family-friendly destinations is the San Antonio Zoo and Aquarium, a 35-acre site featuring 3,500 animals from 750 species. Take a ride on the narrow gauge railroad, known as the San Antonio Zoo Eagle, or take a spin on the carousel. Don’t miss a visit to the Natural Bridge Wildlife Ranch, a “drive-through” safari featuring 50 free-roaming species from around the globe. And if thrill and water rides are what you love, check out Six Flags Fiesta Texas, or Splashtown San Antonio, with more than 50 rides and slides.